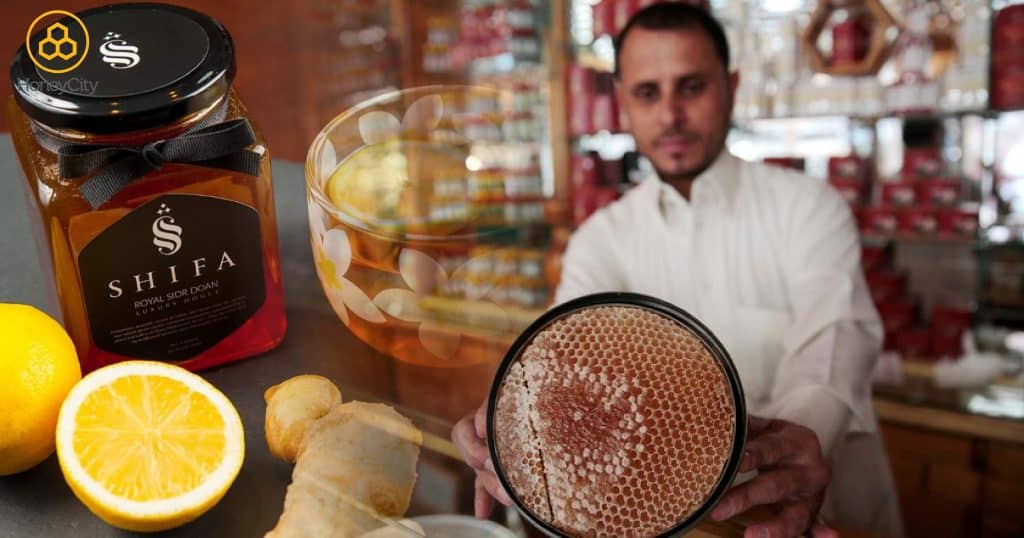 What is Sidr Honey?

Sidr honey is monofloral honey made solely from the nectar of Sidr trees in Yemen. Sidr tree is used medicinally from bark to berries, and the antibacterial Sidr honey is expensive due to its wide medical uses in the Middle East.

Sidr honey (known as Middle East’s manuka honey) is an established remedy in the Middle East for medical benefits and far potent than manuka honey. Genuine Manuka honey and Sidr honey are considered medical-grade honey because their medicinal benefits are far greater than that of your standard table honey.

Both Manuka honey and Sidr honey have antibacterial and antiseptic properties handed down to them from their mother plants. While the tea tree bush is widely known for its oil, the Sidr tree is used medicinally from bark to berry. Each part of the tree has a purpose in healing.

In addition to its many medicinal uses, Sidr berries are also extremely nutritious — something passed down to the honey as well, thanks to the rich soil in the region. Whether you use honey medicinally or nutritionally, you’ll get a superior product with a superior flavor.

Royal Yemen Sidr honey is the rarest and most expensive honey in the world, even more than manuka honey. Sidr honey is sought after because of its exquisite tastes, health benefits as natural medicine, and even as an aphrodisiac. The demand for authentic Sidr Doan Yemeni honey from Yemen is so high that it is known to sell for as much as US$200 per kilo for summer honey and as much as US$1,000 per kilo.

Nowadays, people take prescription medication for sinus infections, but do you know that Sidr honey effectively kills Staphylococcus aureus, the bacterium responsible for respiratory infections. Honey has several antibacterial agents that go to work on staph infections, whether inside or outside of the body. Simply soften a small amount and dissolve it in your saline nasal wash.

Even when Yemeni Sidr honey Doan Hadramaut is diluted thinly, it retains powerful antibacterial agents that will help you fight away the infection and get you breathing easier. You can add this to your normal diet for a boost in nutrition is always beneficial! Our pills-popping way has caused some drug-resistant bacteria:- the MRSA (methicillin-resistant Staphylococcus aureus).

This bacterium, the same responsible for sinus infections, can become lethal when mutated to resist medication. For an MRSA patient, surgery is required to remove the infected tissue, followed up by powerful antibiotics whose side effects can cause major health problems of their own. The antibiotic agents have been shown to effectively fight MRSA.

Royal Yemeni Sidr honey was shown to be the best at killing the MRSA bacterium, even better than Manuka honey. When applied directly to the infection, Sidr honey bypasses MRSA’s protective coatings — something standard antibiotics are unable to do.

Given Sidr honey’s powerful antibacterial properties, it can also fight infections from standard injuries such as paper cuts, skinned knees, or even bacterial acne.
Since Sidr honey also contains powerful antifungal agents, it could also be used to treat common fungal infections such as athlete’s foot or ringworm. Simply apply it as a compress and let it work its magic. It can even be used topically to get rid of lice and dandruff. 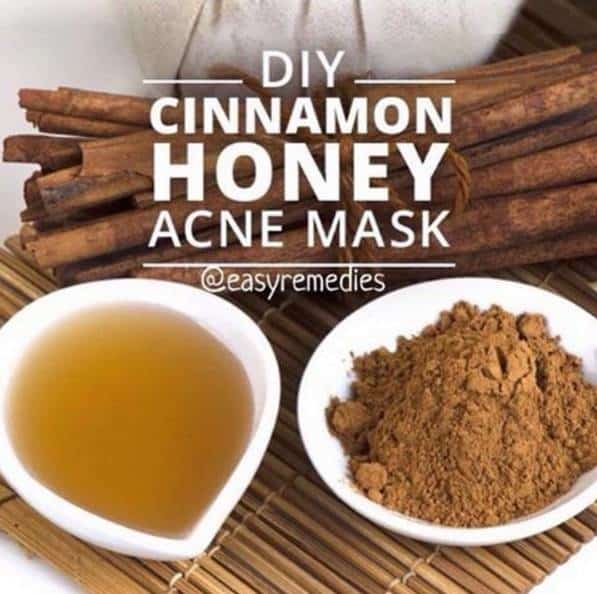 Yemeni Doan Hadramaut Sidr Honey also helps in looking youthful and beautiful! It is the most effective, natural remedies for chronic and cystic acne, given that it effectively targets the harmful microorganisms that are responsible for blackheads, whiteheads, boils and other blemishes.

A topical paste can be created by mixing this honey with ground cinnamon and this can then be applied to the affected area, worn overnight and washed off in the morning. You can have noticeable and lasting results within just 2 weeks.

All of us has natural bacteria in their gut to help them digest food. When you suffer gastrointestinal ailments, often the culprit is not at an optimal level. In order to balance intestinal flora, your doctor might suggest taking probiotics.

Like with vitamins, probiotics — a cocktail of beneficial bacteria — are most effective and best assimilated when acquired from food instead of a pill.

Yemeni Sidr honey contains live probiotic cultures that are highly bioavailable, meaning they get into your system and start working fast.
If your doctor has recommended probiotics for intestinal ailments, the sweeter and more effective option is Yemeni Sidr honey. Some common drinks we take for probiotics are Yakult/ Vitagen.

You can read more about health benefits of prebiotics and probiotics here.

While there are still no definitive answers on why Yemeni Sidr honey seems to help patients recover from cancer, scientists have some ideas.

While scientists have not pinpointed whether or not the powerful antioxidants in Yemeni Sidr honey fight cancer, it makes sense that they could. At the very least, adding it to your diet can improve cell health, which may also help your overall prognosis.
Additionally, considering the superior nutrient content, the boost in nutrition alone can help your body fight off illness.

With so many beneficial uses, it may be a good idea to keep your kitchen or medical cabinet stocked with a few jars. It’s an amazing nutritional supplement, sweetener, and medicine.

The quality, properties, and usefulness of Yemeni Sidr honey truly prove it to be the finest honey in the world. 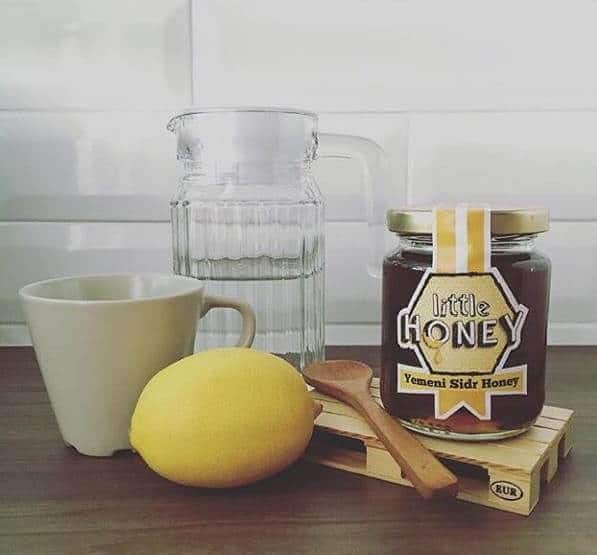 Many pills and conventional remedies for sexual dysfunction can adversely impact heart health and entail a range of unpleasant side effects.  Among the many benefits of Yemeni Sidr honey, however, is the ability to assist males in achieving erection naturally.  This is a powerful aphrodisiac, especially when mixed with cumin, ginseng, olive oil or carrot seeds.  It also helps to facilitate regular menstruation and it additionally aids in conception, making it good for both men and women to include in their diets.  You can incorporate in you daily diet, such as honey with toast or a honey drink once or twice daily.

Disease prevention is one of the key health benefits. As a dietary supplement, this honey is great for bolstering and strengthening the human immune system.  Studies have shown that it is one of the most effective ways to fight off influenza during times of high exposure.

Given that this honey is rich in antioxidants and contains inherent antiseptic properties, it is the ideal defense against invasive organisms.  With regular use, the white blood corpuscles are strengthened, which in turn makes the body better at fighting off fungi, bacteria, and viruses.

These, however, are just a few of the many benefits of Yemeni Sidr honey.  This honey is also great for staving off the aesthetic, physical, and mental effects of aging.  Seniors can include small amounts of this honey in their diets to alleviate arthritis pain, bolster their brain health, protect their hearts, and preserve mobility.

This wonderful and highly potent product holds something for nearly every member of the family and thus, it more than lives up to its reputation as a natural cure-all.

Many families love this because of the health benefits to both children and parents!  Buy Yemeni Sidr Honey instead of junk food snacks =)

Why Honey Is Good For You. Find Out All The Benefits Here!
Read More
August 4, 2016

Why is Comvita Manuka Honey The Best in New Zealand and Rest of the World?
Read More
August 4, 2016

Can you give honey to babies, toddlers? What are honey health benefits for children?
Read More
August 4, 2016