Why eat Manuka Honey? The Benefits of this Superfood

Manuka honey (wikipedia) is a mono floral honey produced in New Zealand by bees that pollinate the native Mānuka bush.  Applied externally, it also treats wound infections and other conditions. 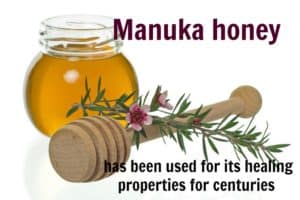 Since ancient times, honey has been used to treat multiple conditions. It wasn’t until the late 19th century that researchers discovered that honey has natural antibacterial qualities. Honey protects against damage caused by bacteria. Some honey also stimulates production of special cells that can repair tissue damaged by infection. In addition, honey has an anti-inflammatory action that can quickly reduce pain and inflammation.

But not all honey is the same. The antibacterial quality of honey depends on the type of honey as well as when and how it’s harvested. Some kinds of honey, such as Manuka honey may be 100 times more potent than others.

This is the title of an article in The New Zealand Herald on July 3rd 2007, bringing the news that the UMF ingredient studied by scientists for over 15 years was identified as Methylglyoxal (MGO™) by a team a researchers from Dresden, Germany, led by Professor Dr. Thomas Henle, head of the Institute of Food Chemistry at the Technical University of Dresden.
Professor Henle refers to the results of the study as it ” unambiguously demonstrates for the first time that Methylglyoxal is directly responsible for the antibacterial activity of Manuka honey.” He also notes that the high amounts of Methylglyoxal found in Manuka honey were not found in any other food.

Methylglyoxal occurs in all types of honey, however the concentration level is normally between 1 and 10 mg/kg.
What makes Manuka honey extremely potent is the level of Methylglyoxal of between 100 and 1000mg/kg. 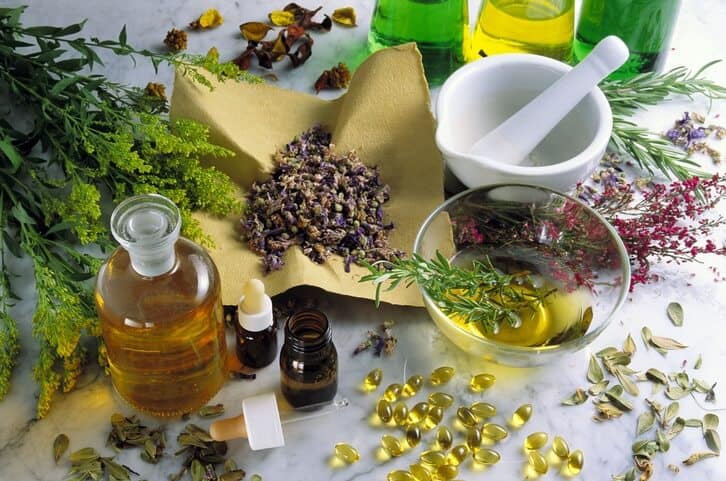 Here are some of the best results of Methylglyoxal mg/kg level found in other foods:

Hydrogen peroxide is a component of honey. It gives most honey its antibiotic quality. But some types of honey, including manuka honey, also have other components with antibacterial qualities.

Another antibacterial component in manuka honey is methylglyoxal (MG). MG is a compound found in most types of honey, but usually only in small quantities.

Honey producers have developed a scale for rating the potency of manuka honey. The rating is called UMF, which stands for Unique Manuka Factor, standards are set by the UMF Board.

The UMF rating is thought to correspond with the concentration of MG and other compounds. Not all honey labeled as manuka honey contains significant levels of antibacterial factors. To be considered potent enough to be therapeutic, manuka honey needs a minimum rating of 10 UMF. Honey at or above that level is marketed as “UMF Manuka Honey”.

Why is manuka honey so expensive?

Manuka honey comes from bee extracting nectar from a single flora – the manuka bush. Manuka honey is limited in supply and has huge demand due to it having a rich nutritional profile of numerous minerals and vitamins.

Free of fats and cholesterols!

The nutritional content of manuka honey is up to 4 times that of normal flower honeys.

What the Science Says About Manuka Honey

The Natural Medicines Comprehensive Database lists honey as being “possibly effective” to treat burns and wounds. The Cochrane Review notes that honey may shorten healing times in mild burns compared with traditional dressings.

Another recent study suggests that manuka honey may be effective in preventing gingivitis and other periodontal disease by reducing the buildup of plaque. And in 2010, the scientific steering committee of the National Cancer Institute approved a proposal for the use of manuka honey for the reduction of inflammation of the esophagus associated with chemotherapy.

Another possible benefit of honey is that, unlike antibiotics, it has not been reported to cause development of resistant bacteria. These so-called “superbugs” develop after repeated exposure to common antibiotics. They require special antibiotics to treat them.

You can select the best manuka honey from New Zealand.

Why is Comvita anuka honey the best in New Zealand and the world?
Read More
October 26, 2016

Can you give honey to babies, toddlers? What are honey health benefits for children?
Read More
October 26, 2016

This Is Why You Should Eat Vitamin C! Benefits and Side Effects
Read More
October 26, 2016