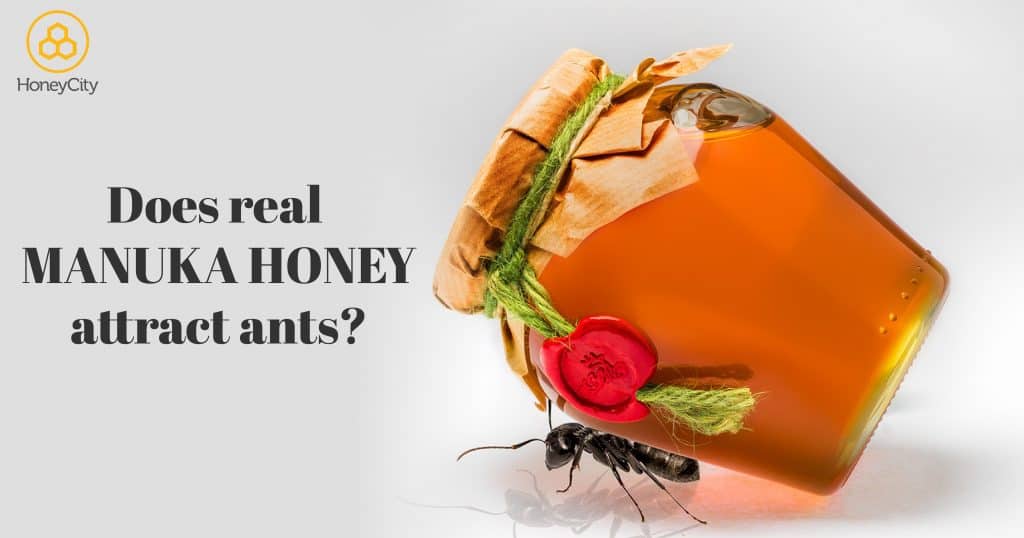 We asked some senior experienced New Zealand beekeepers about this.

Honey in the wild does attract ants 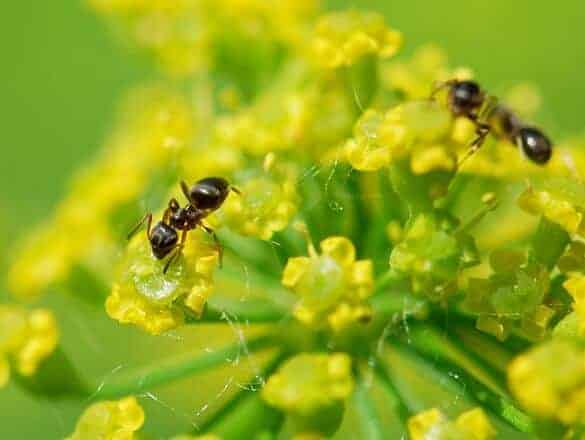 In nature, wild bees’ honey does attract ants. Ants look for food, and these are food that humans would love to eat too. If we go down to the basic, ants are attracted to moisture. Any food that has higher moisture will attract ants.

Moisture is the reason why different honey / manuka honey has different reaction to ants.

It is true that sugary syrup attract ants more than real honey, as sugary syrup contains more moisture than honey. There are some honey (especially honey from dishonest seller / producers) that has water added to increase the weight. 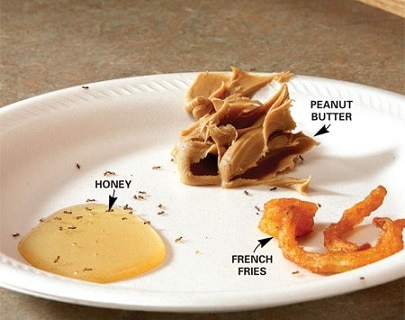 Pure honey has a moisture content of less than 20%. High quality manuka honey has even much lesser than that. However, any form of honey, including manuka honey, absorbs moisture from the air, making the outer layer of the pure honey to be diluted, attracting ants eventually to the honey. (Side note: manuka honey attract moisture, which is why manuka honey is such a terrific skin care product as it draws moisture to the skin that is applied on)

This make the tasks of finding and confirming real manuka honey even more difficult. UMF5+ manuka honey 500g can be as expensive as $50, while a similar bottle of honey would cost less than $10; a bottle of fake sugar syrup would cost less than $2. Hence imagine all the extra dishonest profit that a honey producer can make by introducing fake honey. Furthermore there are so many different standards of methylglyoxal measurement in manuka honey, such as MGO, MG, Active, AMF etc that serves only to confuse consumers and their hard-earned money.

Why Honey Is Good For You. Find Out All The Benefits Here!
Read More
January 7, 2017

Why is Comvita Manuka Honey The Best in New Zealand and Rest of the World?
Read More
January 7, 2017

Can you give honey to babies, toddlers? What are honey health benefits for children?
Read More
January 7, 2017