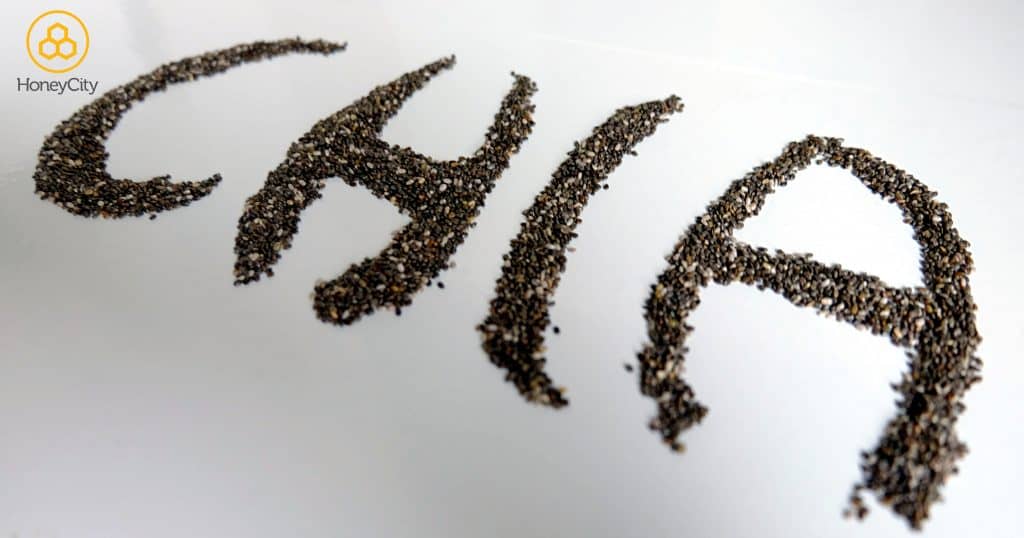 What is Chia Seeds? Why is it a Superfood?

What is Chia Seed and why is it a Super Food?

Chia seeds is famous as another superfood rich with nutrients, next to manuka honey.  Chia seeds are from Mexico originally and are highly valued for their medicinal properties and nutritional value. It was so valuable it act as a form of currency in the old days.

Chia is an edible seed that comes from the desert plant Salvia hispanica, a member of the mint family that grows abundantly in southern Mexico. In pre-Columbian times, chia seeds were a staple food for the Aztec and Mayan. “Chia” means “strength” in the Mayan language. The Aztec warriors depend on chia seeds for their survival rations while on war expeditions. One tablespoon of this superfood was believed to sustain an individual for a day and they were “runners food” for the warriors for long distance expeditions. The Aztecs also recognized the medicinal benefits of chia, using it to stimulate saliva flow and to relieve joint pain and sore skin. 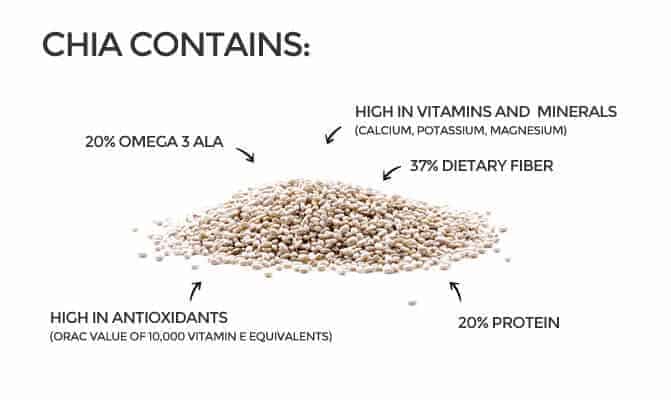 This superfood is packed densely in omega-3 fatty acids, even more so than flax seeds (another superfood). Chia is so abundant in antioxidants that chia seeds do not deteriorate  easily and can be stored for long periods without becoming rancid. You can easily just consume them straight and get the nutrient directly without grounding them.

Beside antioxidants, it also provide an abundance of  fiber (100 grams give you 27.6 grams of fiber), calcium, magnesium, zinc, manganese, phosphorus, copper, iron, molybdenum, niacin, and iron.

Recent research has found even more benefits. Eating chia seeds regularly promotes healthy skin and anti aging, builds up stronger bones, muscles and tissues and helps support a stronger heart and digestive system. Now, new research are being conducted to assess the benefits for diabetes sufferers. Researchers found that when chia seed is added to water and sit, it will forms a gel. Researchers suggest that this reaction also takes place in the stomach, slowing the process by which digestive enzymes break down carbohydrates and convert them into sugar, a healthy way of providing energy to diabetes sufferers as well as to normal individuals.

Chia is already being added to a range of foods due to its high nutrition and stability. Some farms are feeding chia seeds to chickens to lay eggs rich in Omega-3s as well as chicken meat enriched with Omega-3s; And feeding to cows to produce milk rich in Omega-3s. Many food manufacturers are now adding them to a range of products, from infant formulates to baby food, nutrition bars, yogurts, baked food and etc.

Chia seeds possess a nutlike flavor. You can mix seeds in water and add lime or lemon juice and sugar to make a drink known in Mexico and Central America as “chia fresca.” You can sprinkle ground or whole chia seeds on cereal, in yogurt or salads, eat them as a snack, or grind them and mix them with flour when making muffins or other baked goods.

This superfood is so dense with nutrients, minerals, vitamins, omega-3 fats, fibre and protein.

The nutrient of chia seeds do not end here, it also contains essential fatty acids alpha-linolenic and linoleic acid, mucin, strontium, Vitamins A, B, E, and D, and minerals including sulphur, iron, iodine,  magnesium, manganese, niacin, thiamine, and they are a rich source of anti-oxidants.

The best part is, they are also considered a “whole grain” food, usually grown organically naturally free of gluten.

Where to buy chia seeds in Singapore? 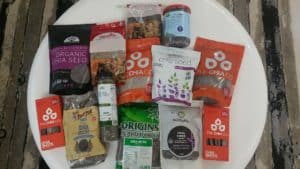 Share in comments how you eat your chia seeds!

On Scaly Basis: Crocodile Oil Will Be the Next Big Trend in Beauty and Wellness
Read More
January 2, 2017

This Is Why You Should Eat Vitamin C! Benefits and Side Effects to boost immunity
Read More
January 2, 2017

Chia Seeds Black or White – Why I tried 9 brands of this superfood
Read More
January 2, 2017